CARROLLTON, KY – Kennedy Funding Financial, an Englewood Cliffs, New Jersey-based direct private lender announced that it has closed a $1,000,000 loan to Herb Kinman Chevrolet, a new car dealership in Carrollton, Kentucky. The loan will be used for working capital and to allow for the purchase of additional cars.

Located 45 minutes from Louisville, KY and situated less than 1.5 miles from Interstate 71, Herb Kinman Chevrolet draws the bulk of its customers from surrounding cities and towns. In a town as small as Carrollton, the dealership is reliant on these out-of-town customers for sales, parts and service.

According to Tim Hutteger, CEO of Shawnee, Kansas-based Vantage Commercial Capital, securing a loan for the dealership was no easy feat. 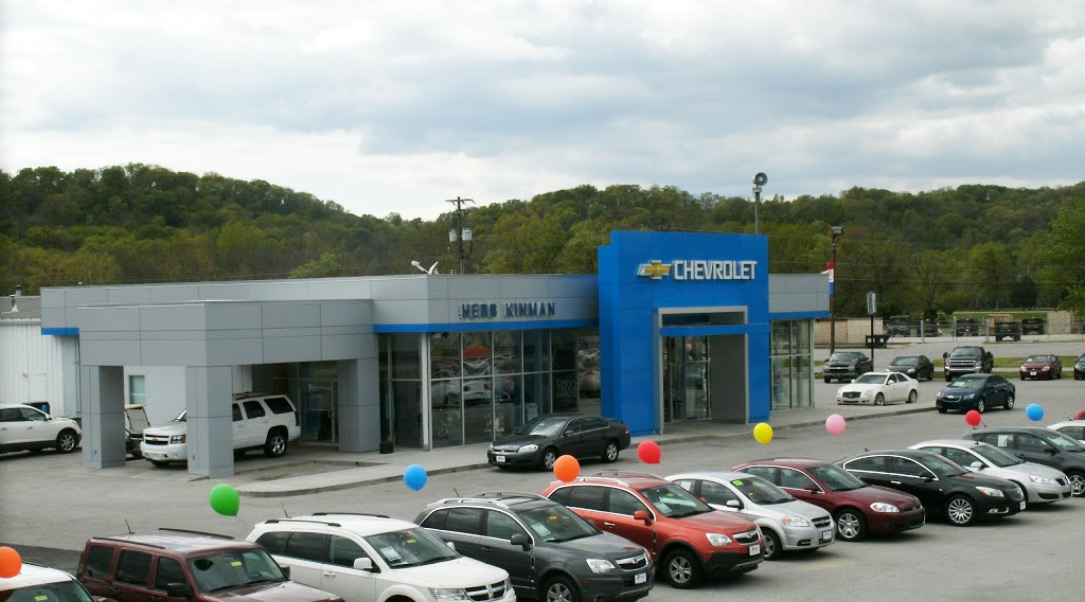 “One of the challenges is that Carrollton is a relatively small town of less than 4,000 people, which made it somewhat challenging to get a conventional loan [because] a lot of traditional lenders like to do business in a major metropolitan area,” Hutteger said. “The fact that the property was a car dealership also made it extremely difficult, since the only other business that could really move in there is another car dealership,” limiting who could occupy the property down the line. Herb Kinman Chevrolet is located on a 2.9-acre corner lot along Route 227 in Carrollton. The auto sales and service center has 10 service bays and a car washing station in addition to a showroom. The property has good visibility from the highway and is located less than one mile from major retailers and local attractions.

This rural location, plus the limiting property type, presented difficulties for the dealership from a traditional lender’s perspective. While traditional lenders saw this faraway location and dispersed customer base as too risky to finance, Kennedy Funding Financial saw an opportunity and funded the loan.

“This dealership is serving the needs for not just a small town, but of major population centers like Louisville and Cincinnati, which are both less than an hour away,” said Kevin Wolfer, CEO of Kennedy Funding Financial. “When other lenders saw this faraway area as an isolating struggle for growth, we saw an opportunity. This loan will ensure that the dealership can continue to grow and thrive.”

About Kennedy Funding Financial
Kennedy Funding Financial, a nationwide direct private lender specializes in bridge loans for commercial property and land acquisition, development, workouts, bankruptcies, and foreclosures. The principals of the company have closed over $2.5 billion in loans to date. The firm’s creative financing expertise enables the closing of loans of up to a 75% loan-to-value ratio, from $1 million to more than $50 million, in as little as five days. Kennedy Funding Financial continues to actively seek new funding opportunities throughout the world.